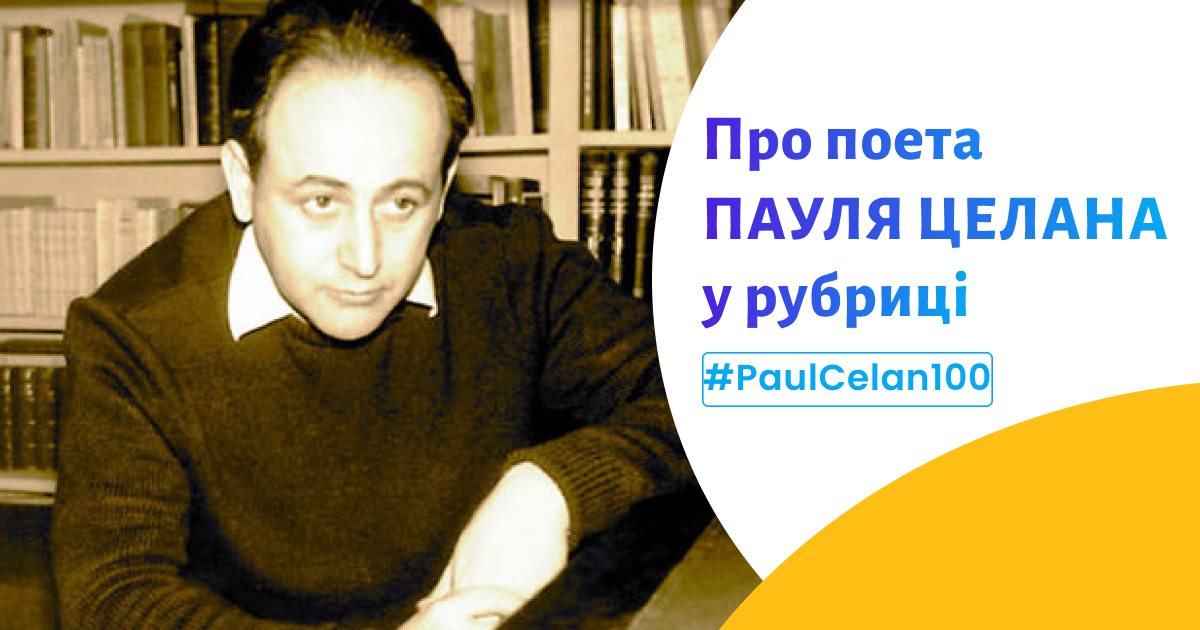 In 2020, we celebrate the 100th anniversary of the birth of German-speaking poet Paul Celan

On the occasion of this great anniversary, we - the Austrian Cooperation Office in Lviv and the Austrian Cultural Forum in Kyiv - plan to dedicate a whole week to the poet Paul Celan on our Internet resources.

In particular, we present a 10-volume bilingual (Ukrainian-German) edition of Paul Celan's poetry, as well as a Ukrainian translation of Celan's biography, which was also published with the support of the Bureau and with the participation of prof. Petra Richla. In addition to literary publications, we will also show a German-Ukrainian exhibition on the life and work of Paul Celan, made available by the director of the Bucharest ÖKF, Thomas Klaiber, and translated into Ukrainian. At Kulturcafé, Andreas Wenninger, Director of the Bureau, will talk to Professor Peter Rychlo, one of Celan's greatest experts and researchers, and in addition to this great anniversary, we will also talk to him about the Austrian Library in Chernivtsi and the German-language project "Bukowinisch-Galizische Literaturstraße”. Several artworks related to the poetry of Paul Celan will complete this program.