Our digital platform where we host exciting artists and talk to the movers and shakers of the cultural scene. 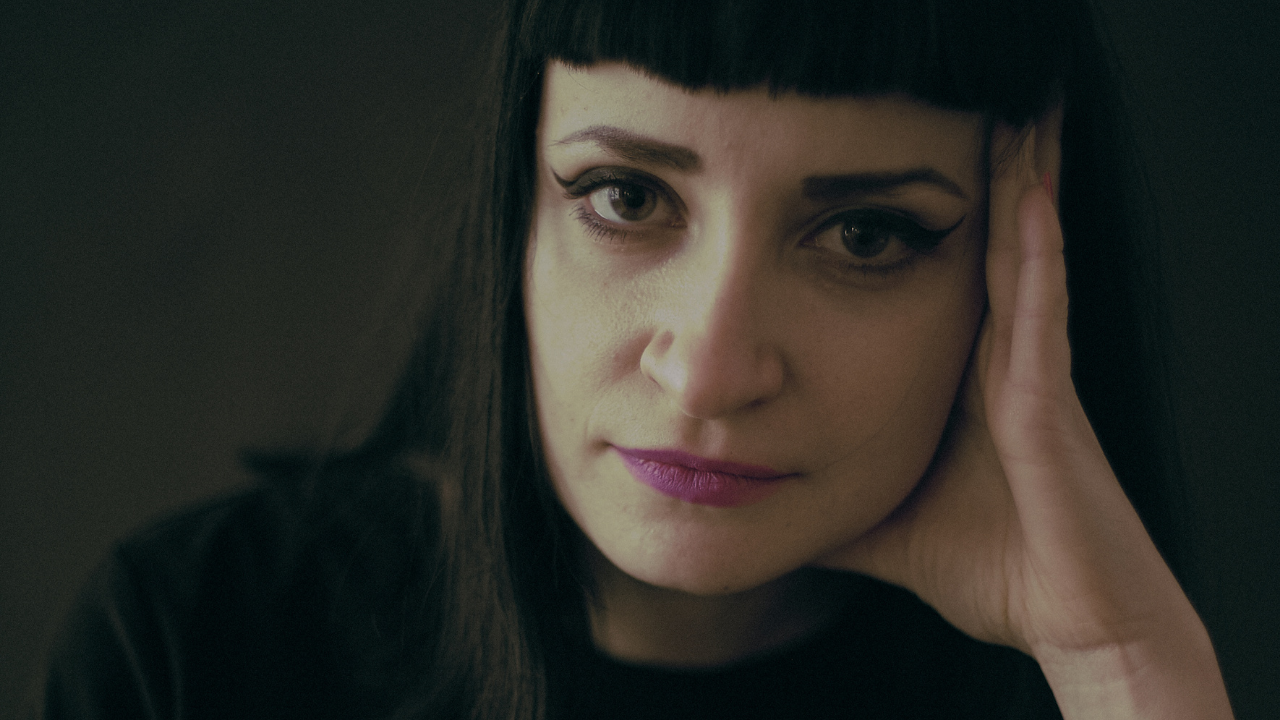 On this thursday we invite you to talk to Anastasia Starko - an Ukrainian artist and illustrator. Since 2015, Anastasia has been working in the field of digital collage, graphics and photography, is a participant… 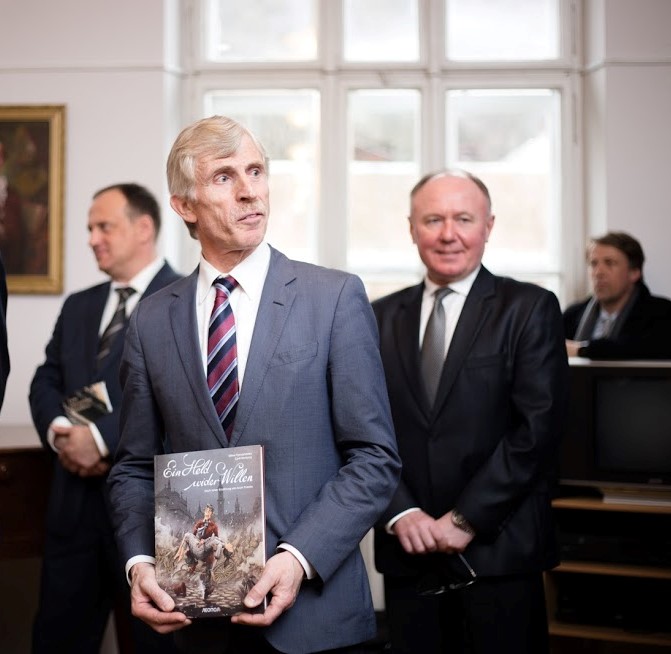 We asked Alois Woldan for a talk at our first KulturCafe in 2021 Alois Woldan is a professor emeritus at the University of Vienna, a Slavist, translator, literary critic, honorary doctorate from the Pedagogical University… 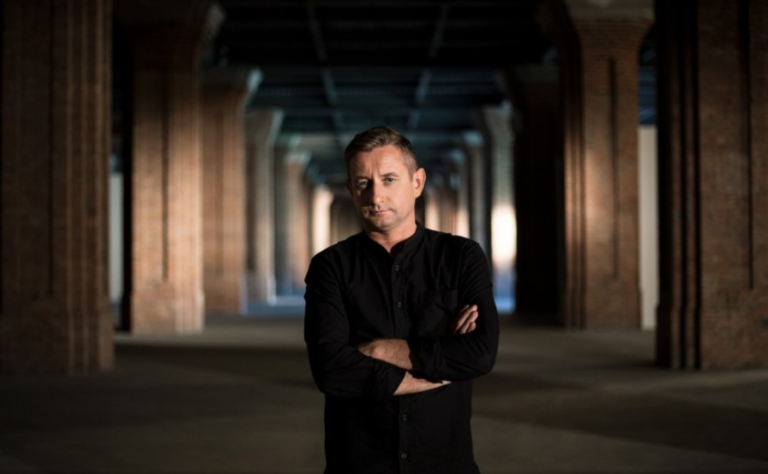 In a special edition of our KulturCafé we will not only talk about the life and works of the famous Austrian poet, but also hear Rilke’s poems performed by Serhiy Zhadan. 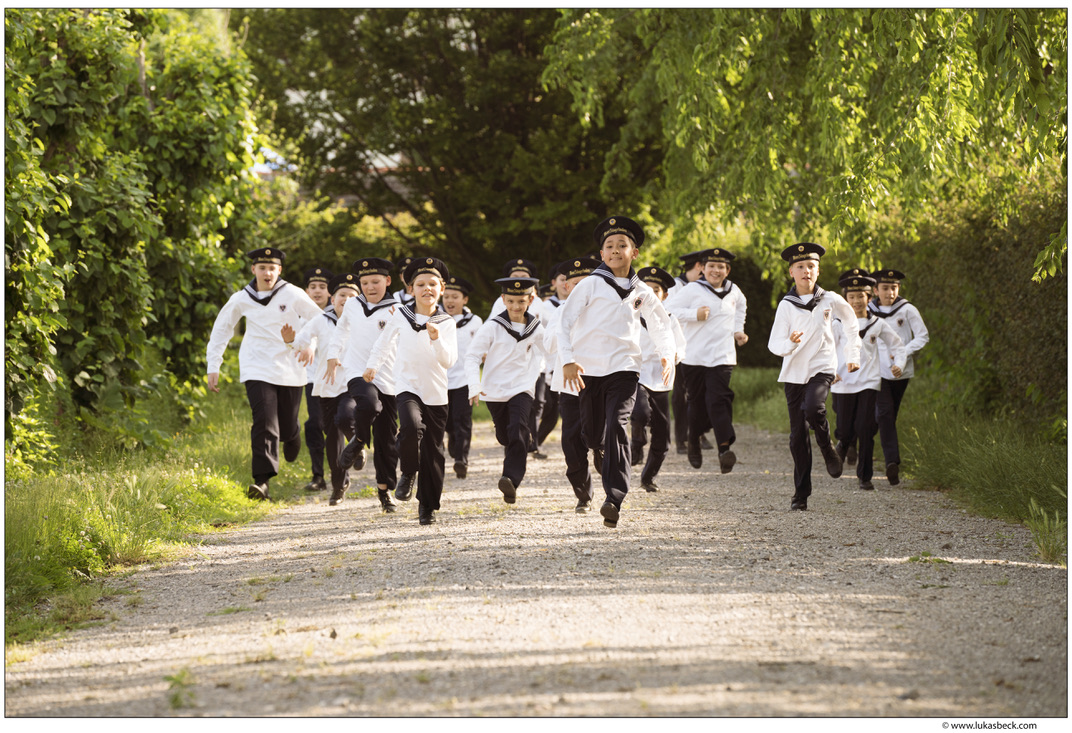 KulturCafé with the Vienna Boys Choir

In this edition of the KulturCafé we are visiting the world-famous Vienna Boys Choir. ACF director Ulf Hausbrandt talks to the artistic director Gerald Wirth and two young singers about the history of the choir, the… 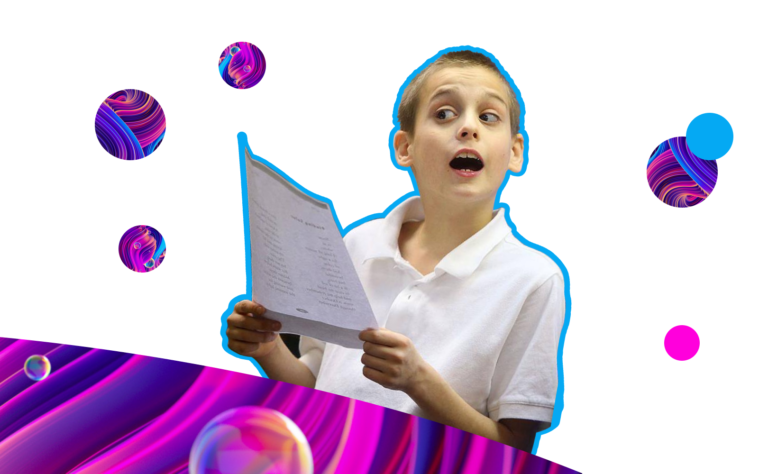 KulturCafé.Kinder: winners of the competition for young readers

The winners of our competition for young readers of German poetry under 11 will take part in a special Christmas issue of KulturCafé.Kinder. Tanya Grigorieva (7 years old) and Polina Yaremko (11 years old) will tell… 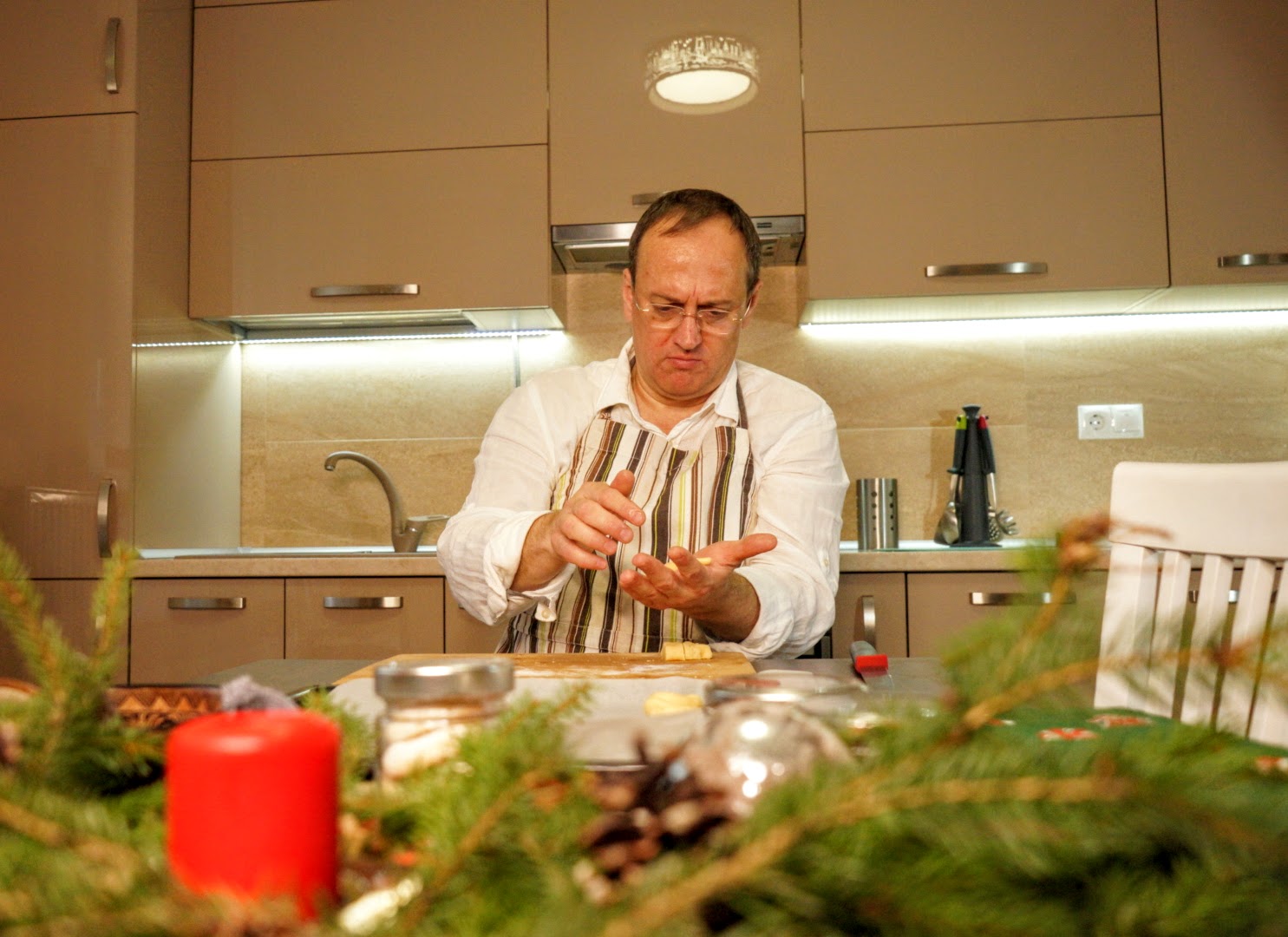 Vanillekipferl made by Andreas Wenninger

Christmas is coming! What would Advent and Christmas mean without any Christmas cookies? The "Vanillekipferl" is well known in whole Central Europe. It is one of the most popular cookies not only in Vienna and it can… 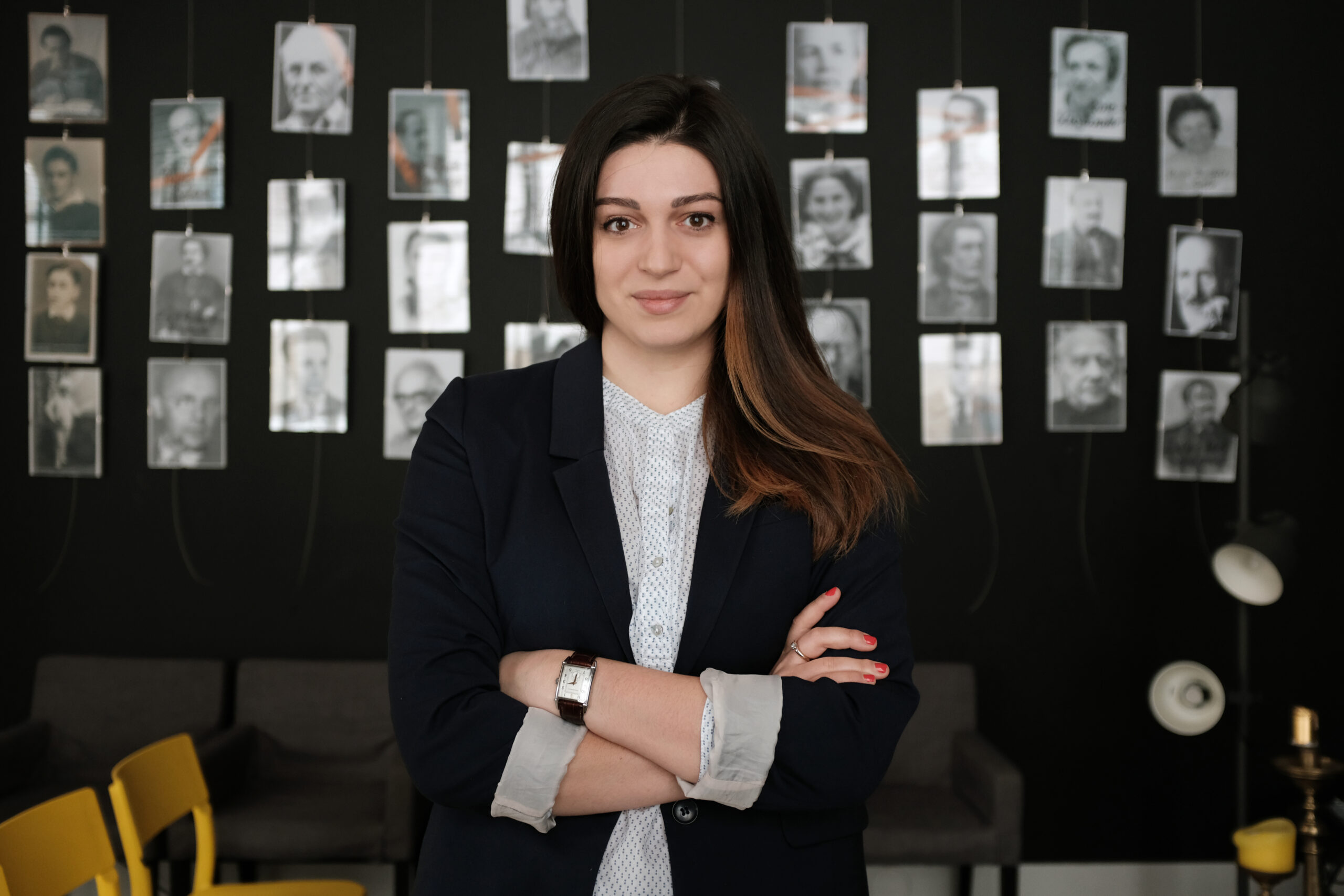 About Paul Celan, Meridian Czernowitz and international literary projects - on the occasion of the 100th birthday of Paul Celan. We talk to the curator of international Paul Celan projects, the director of the International… 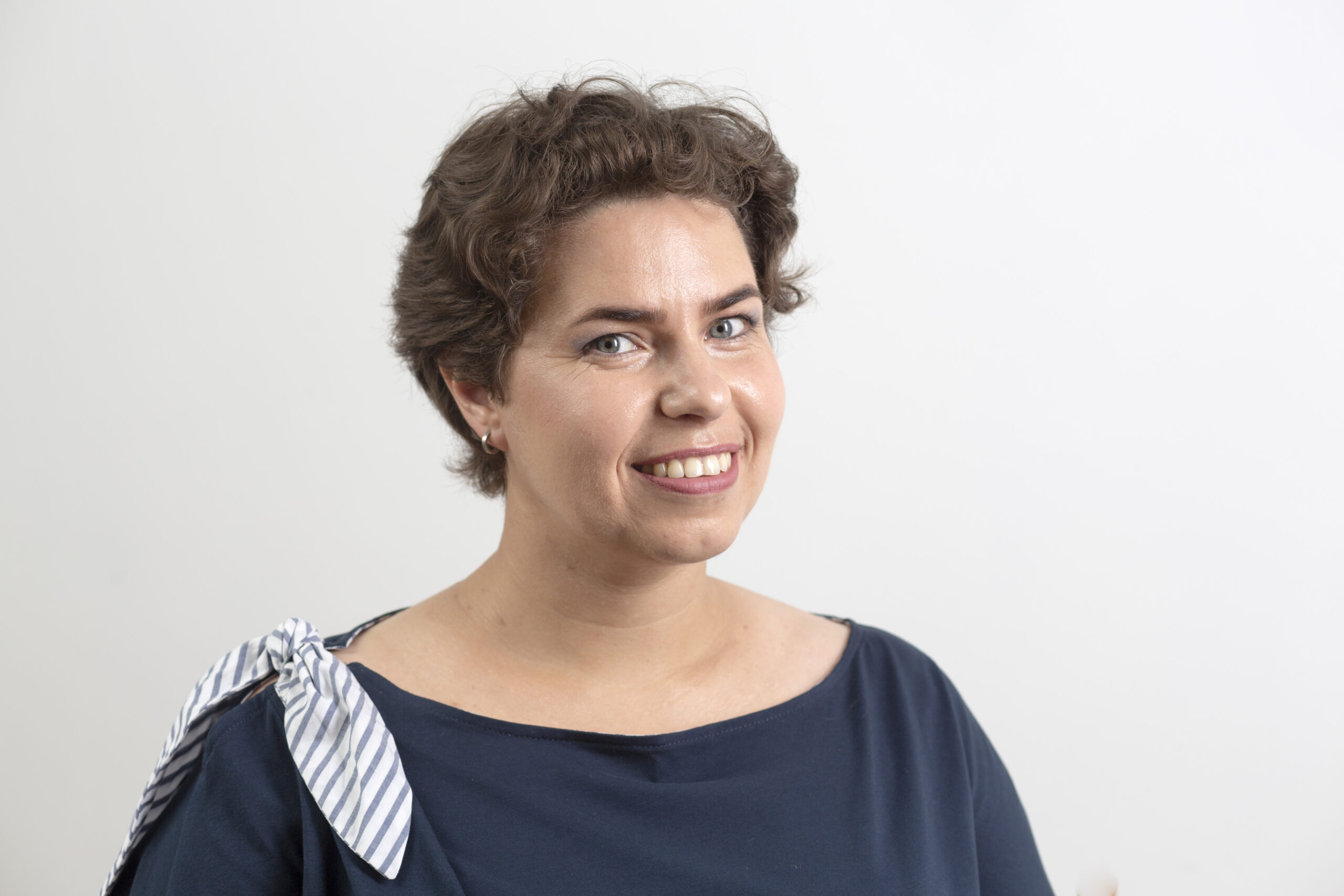 On the issue of waste management we will talk on Thursday with the environmentalist, the head of the NGO "Zero Waste Lviv" and the deputy head of "Zero Waste Alliance Ukraine" Iryna Myronova. She will tell us about the… 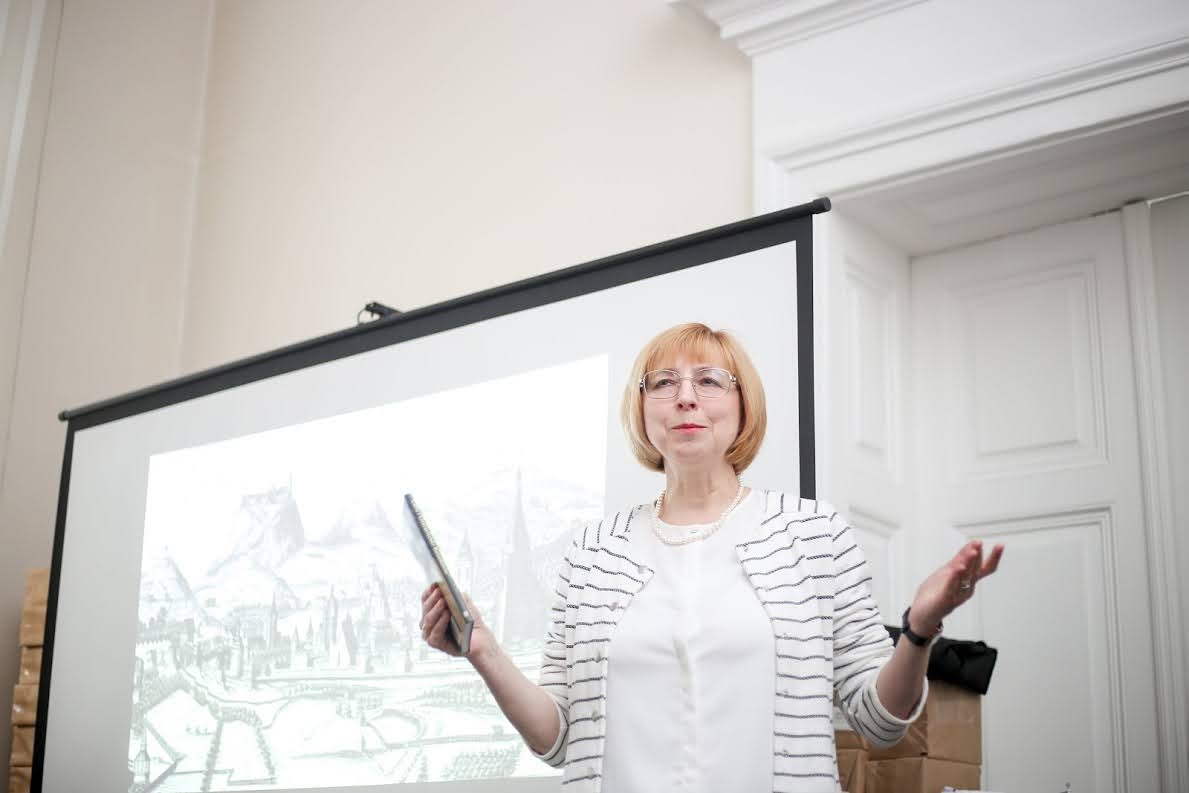 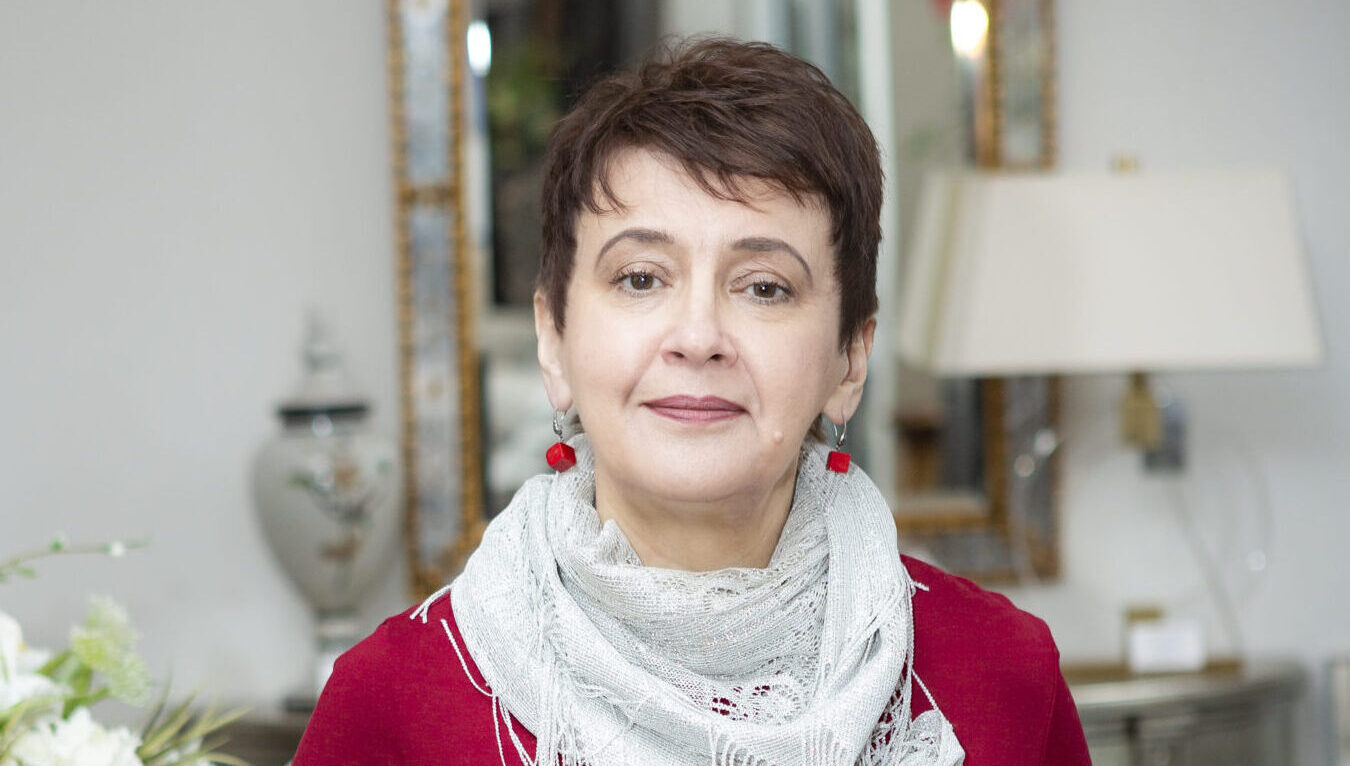 Ingeborg Bachmann is ffor Oksana Zabuzhko one of the authors who laid the foundation for her literary identity. In the special edition of the KulturCafé, Oksana Zabuzhko reads excerpts from works by the famous Austrian… 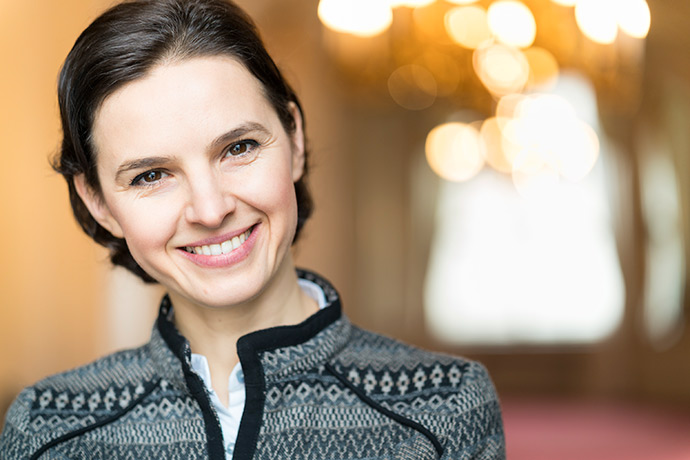 The first woman chief conductor of the OperGraz in Austria. The first female conductor at the Bayreuther Festspiele. The founder of the festival LvivMozArt and Youth Symphony Orchestra of Ukraine, the initiator of the… 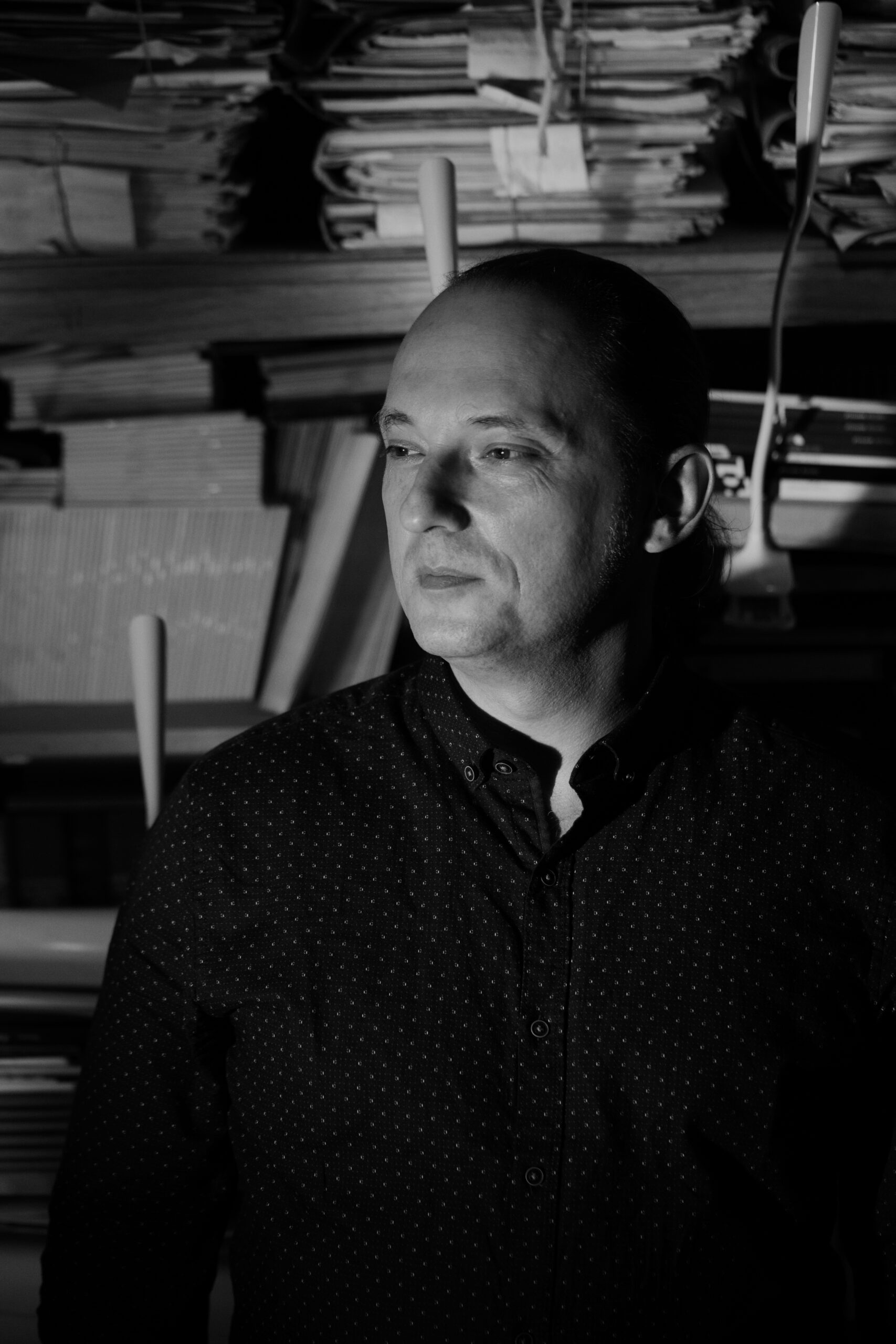 Music and cooperation with Austria: KulturCafe with Bohdan Sehin

This Thursday we will talk about music and international projects of the Lviv National Philharmonic, cultural management and cooperation with Austrian colleagues with Bohdan Sehin - a composer and music project manager… 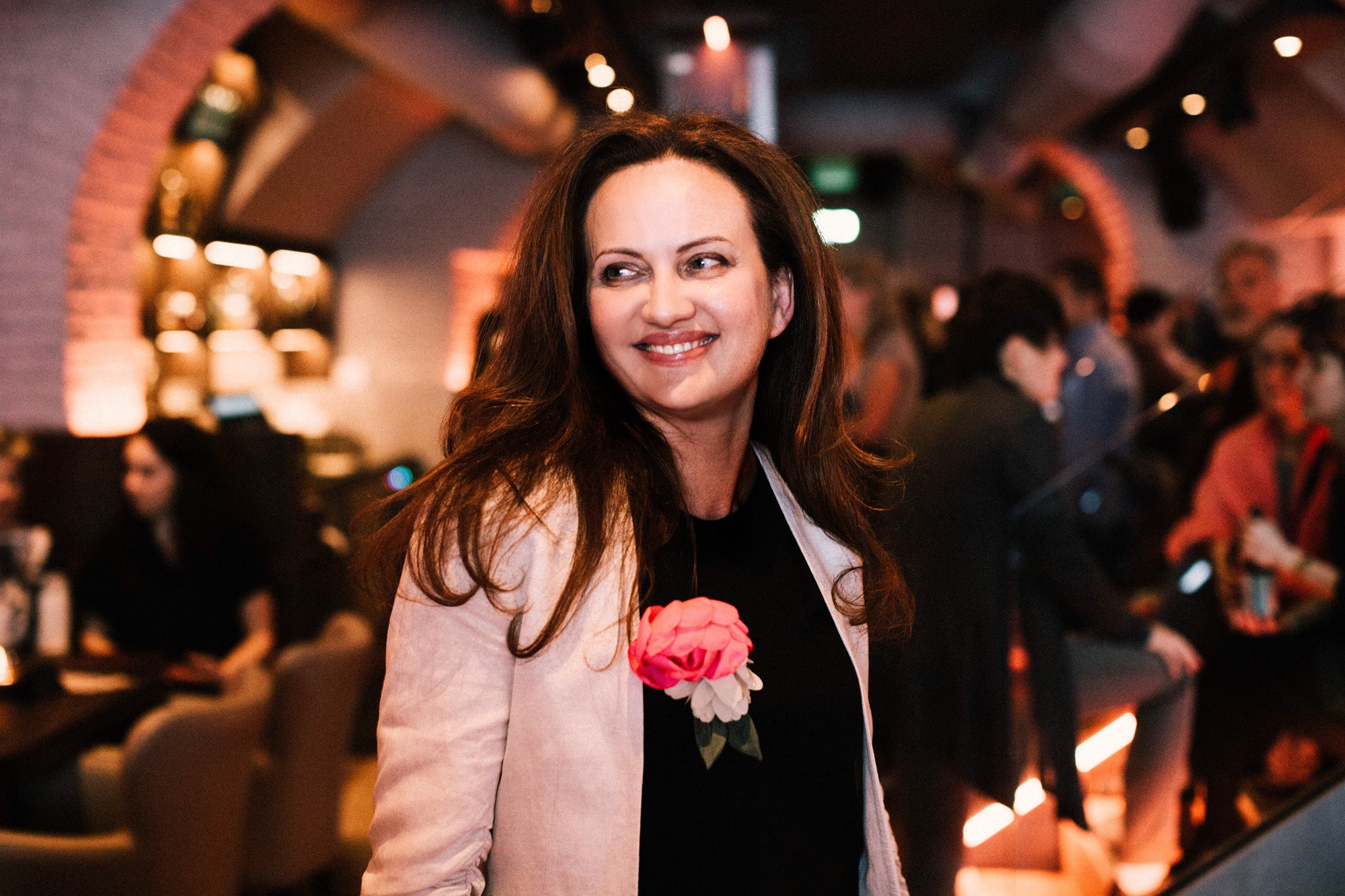 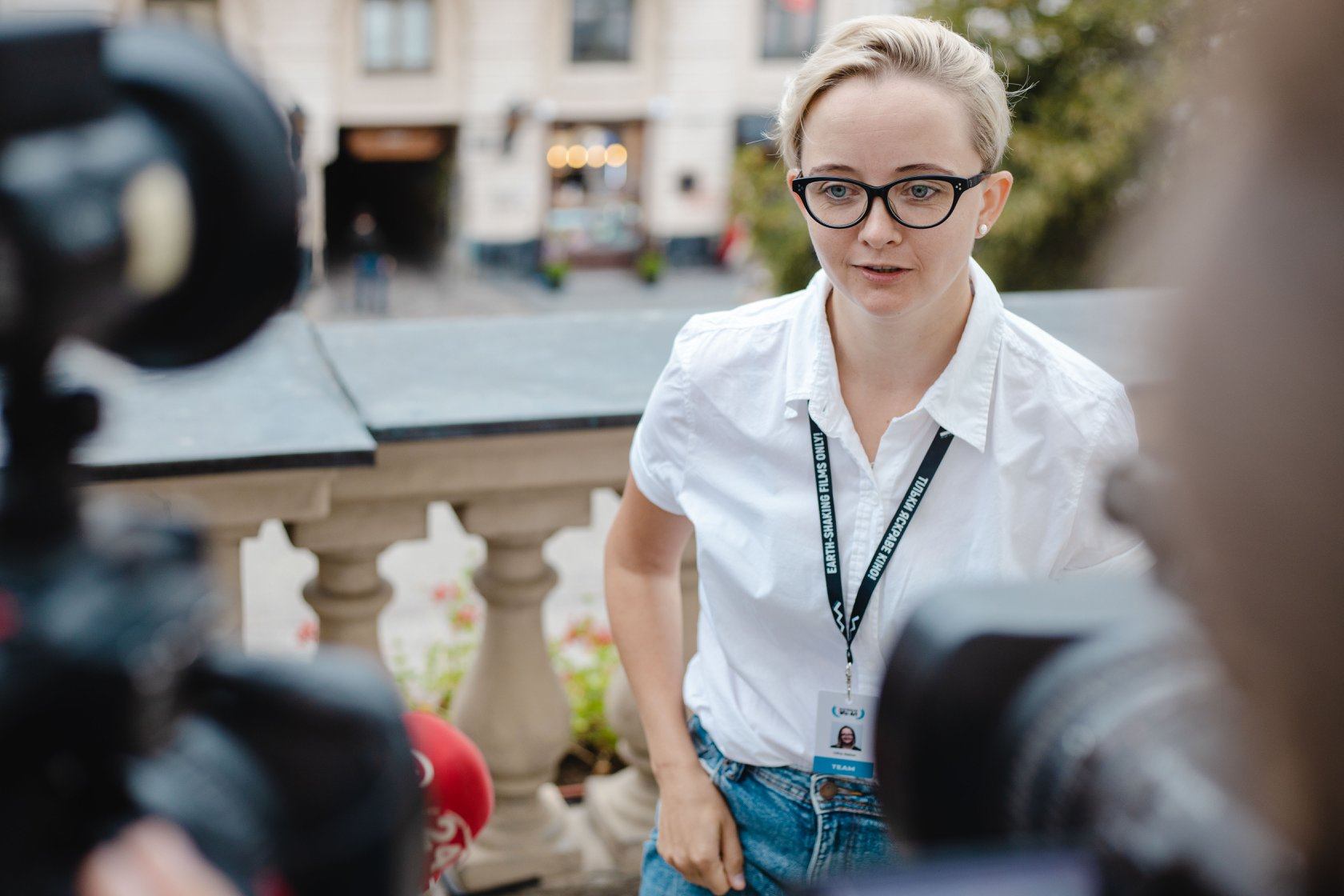 Short films and festivals during the pandemic: KulturCafe with Olga Reiter

Short films in Ukraine and international partnerships will be the main topic of our conversation in the next KulturCafé with the founder of the art formation Wiz-Art Olga Reiter. The conversation will focus on the development… 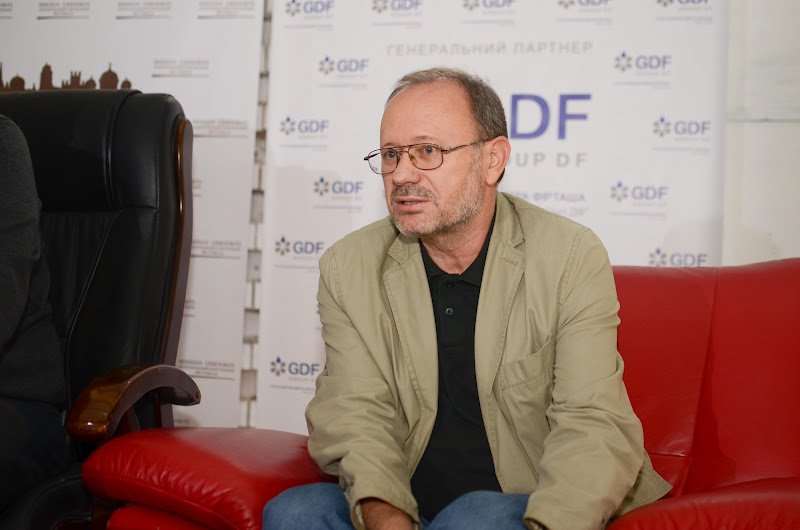 In the footsteps of Austrian authors in western Ukraine: KulturCafe with Petro…

An incredibly interesting and informative conversation with the Ukrainian literary critic, teacher and lecturer from Chernivtsi Petro Rykhlo. We invite you to immerse yourself with us in the literary world of Galicia… 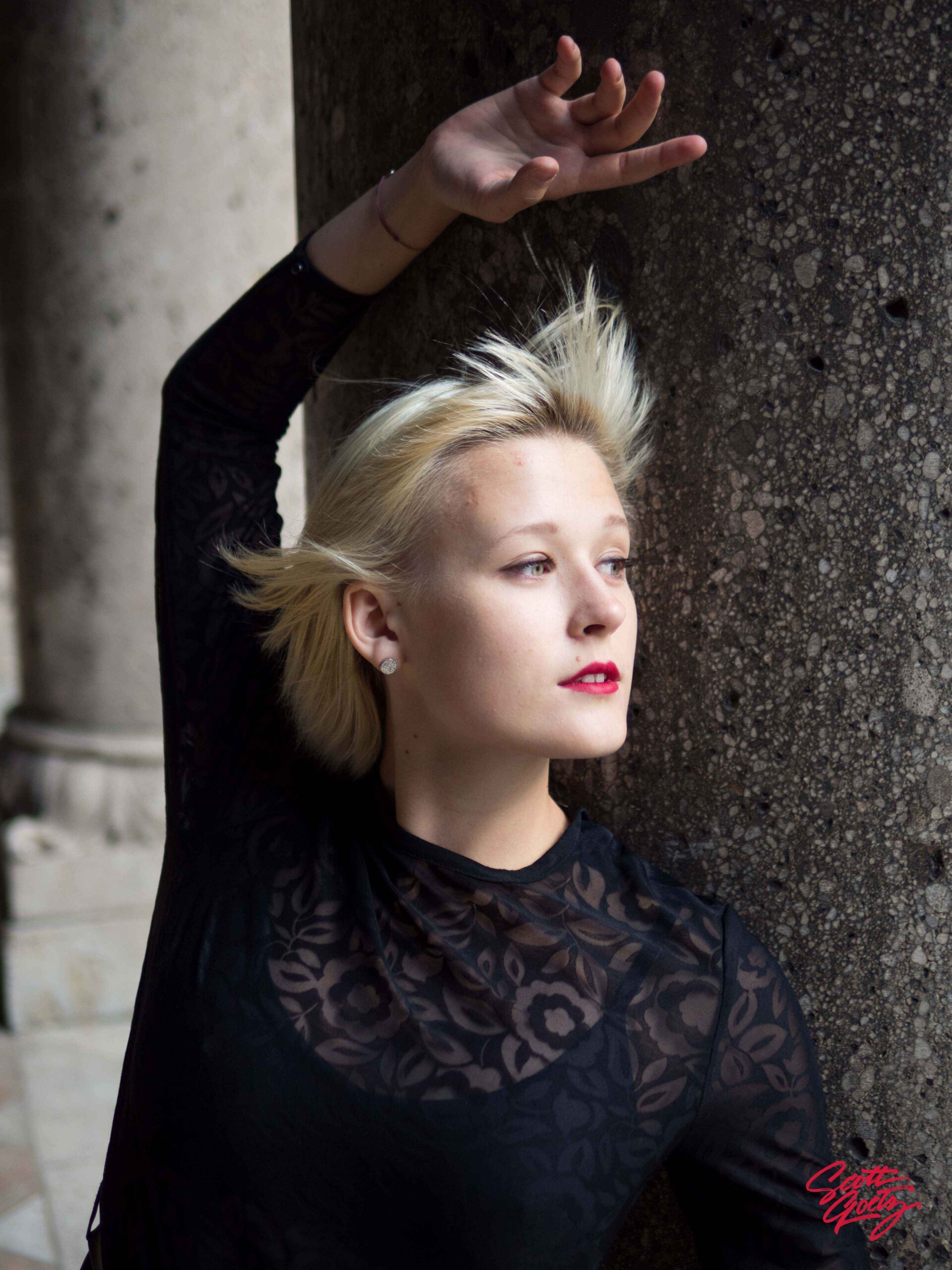 We talk about contemporary dance, Bauhaus and its ideas in performative art. Maria also tells about her own experiences of studying dance in Austria, working in the PUC collective and participating in international… 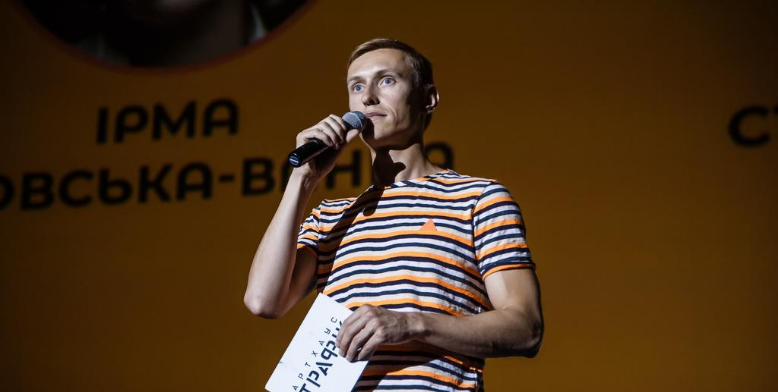 We talk about the festival, the development of European and Ukrainian film industry during the pandemic and the company Arthouse Traffic with its program director Ilia Dyadik! The 9th Austrian Film Week will take place… 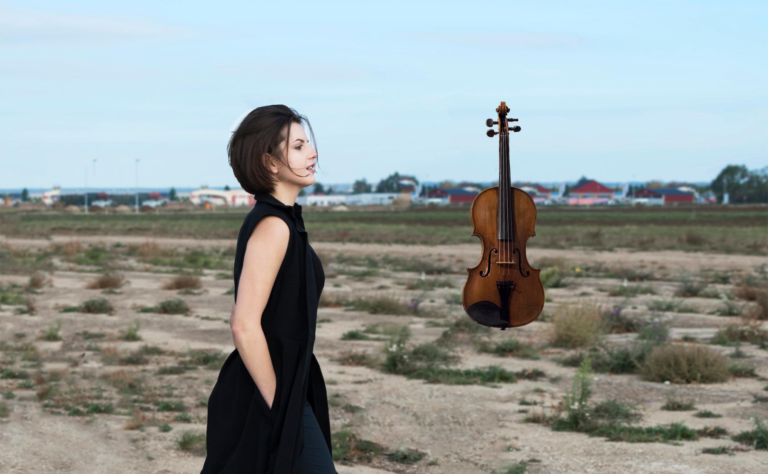 Music career in Austria and tours around the world

How to build a successful music career in Austria and travel around the whole world with concerts? Does the world of music offer equal opportunities for women and men? Visit us at the KulturCafé to find out the answers… 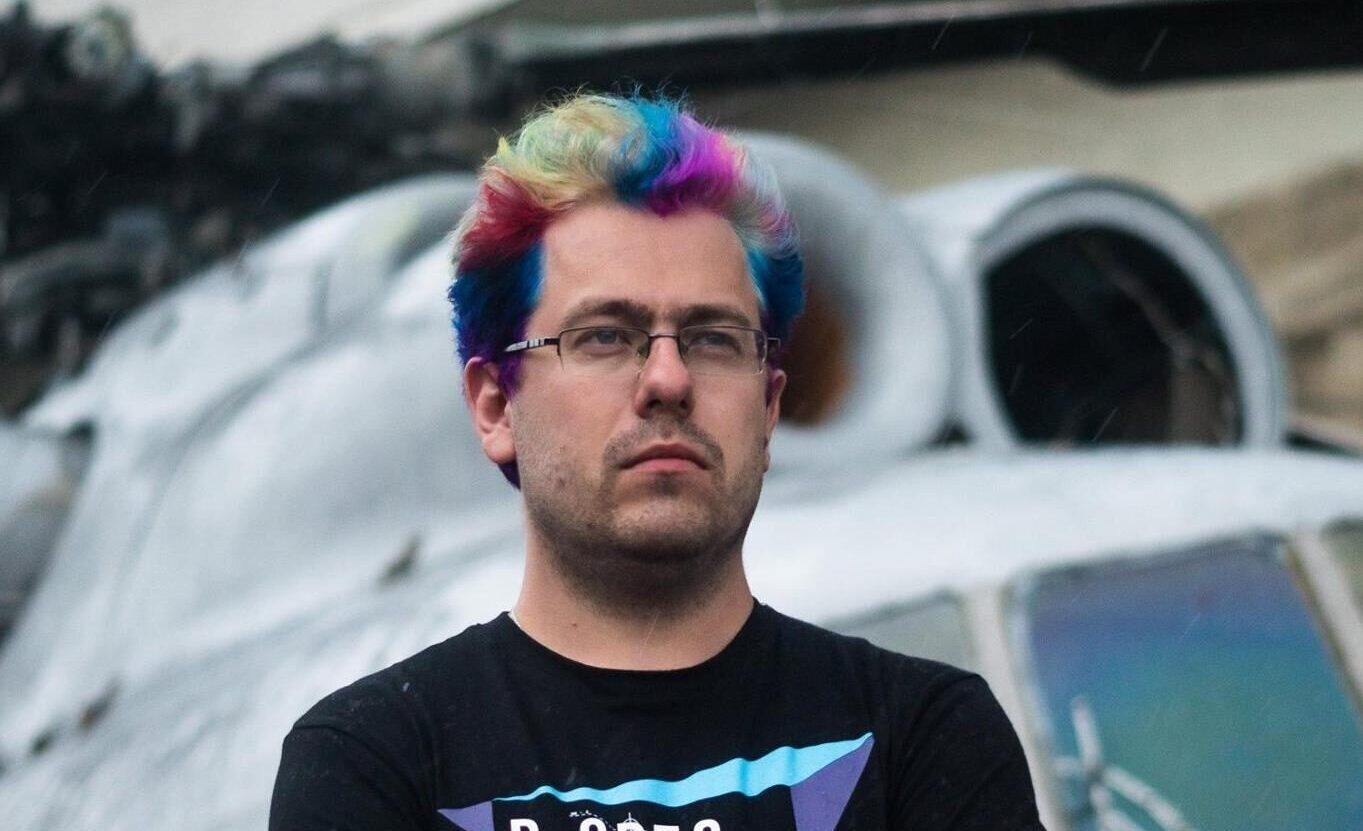 Contemporary opera in Austria and Ukraine

Our guest is a graduate of the University of Music and Performing Arts Vienna, the composer and musician Illia Razumeiko. He wrote music for an Opera Requiem, an Opera Circus, an Opera Dystopia and even a Dream Opera.… 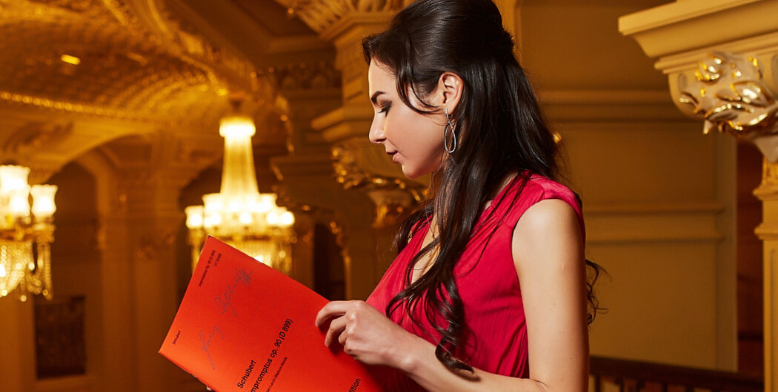 Mozarteum and life of musicians

In this issue of the KulturCafé - pianist Kateryna Diadiura! We will talk about studying music at the Mozarteum University in Salzburg, life of professional musicians and cultural bridges between Austria and Ukraine.… 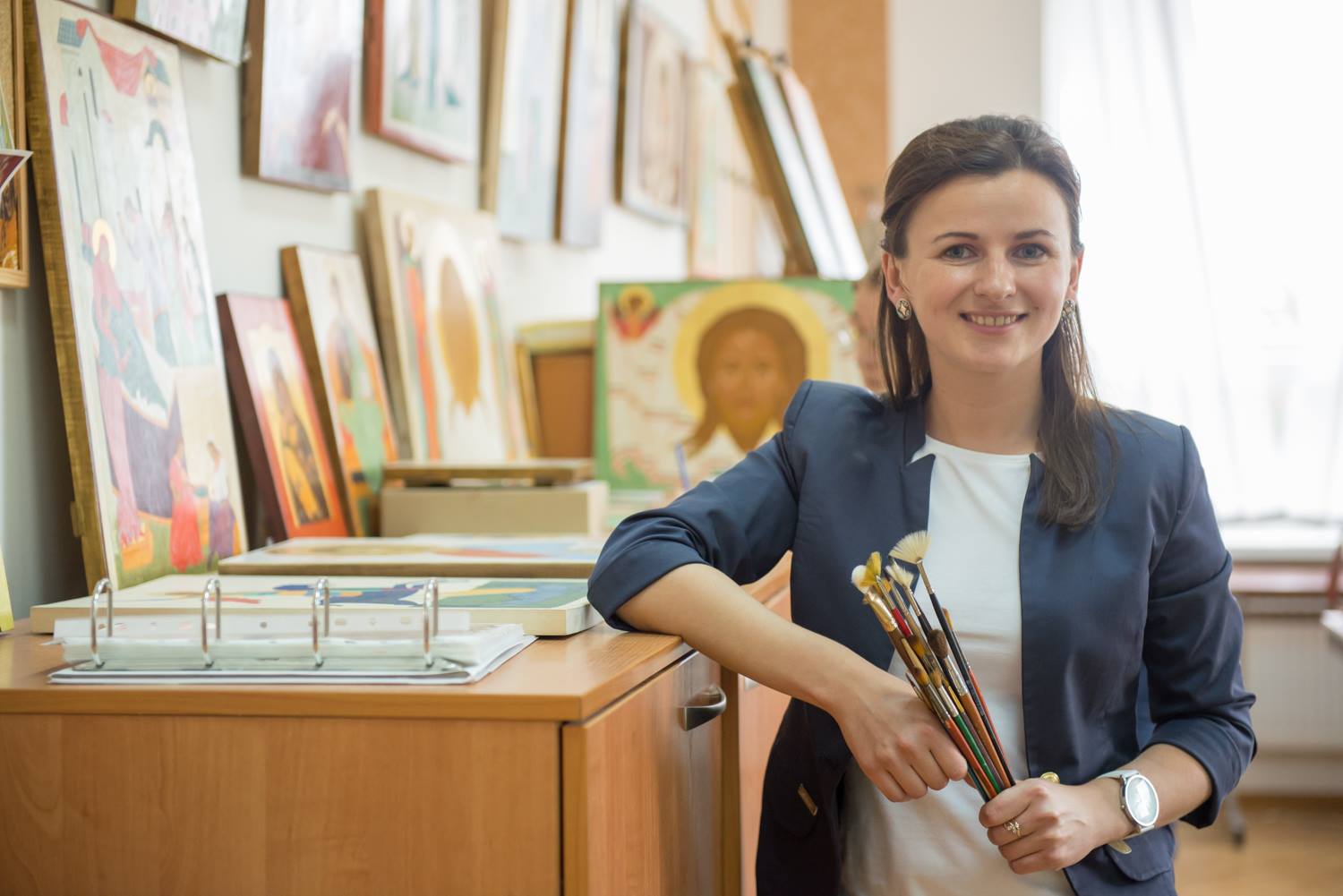 Mariana Baltarovych, a teacher of the icon painting school “Radruzh”,…

This time at KulturCafe we are talking about icon painting and the “Artist in Residence” project (Lviv-Salzburg) with Maryana Baltarovych, a teacher of icon painting "Radruzh Icon Painting School" at the Ucrainian Catholic… 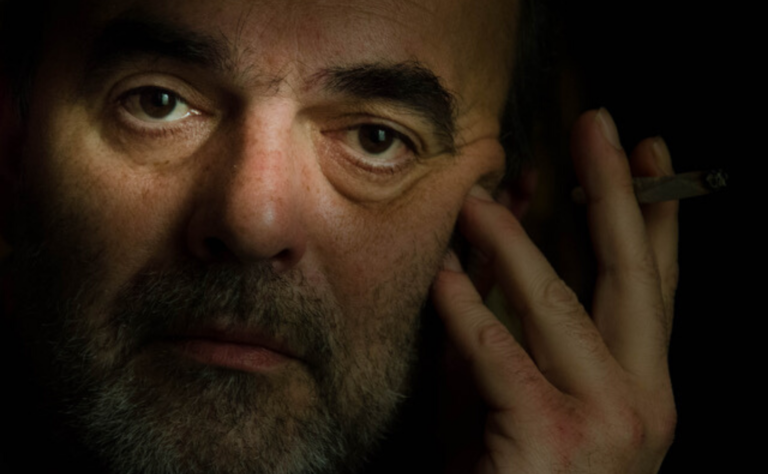 Chernobyl, “Colors of Black” and online-exhibition

The Austrian photographer Peter Lagler is at the KulturCafé! We’ll talk about his photos about Chernobyl, the new project "Colors of Black" and future plans. And at the virtual exhibition during the broadcast, viewers… 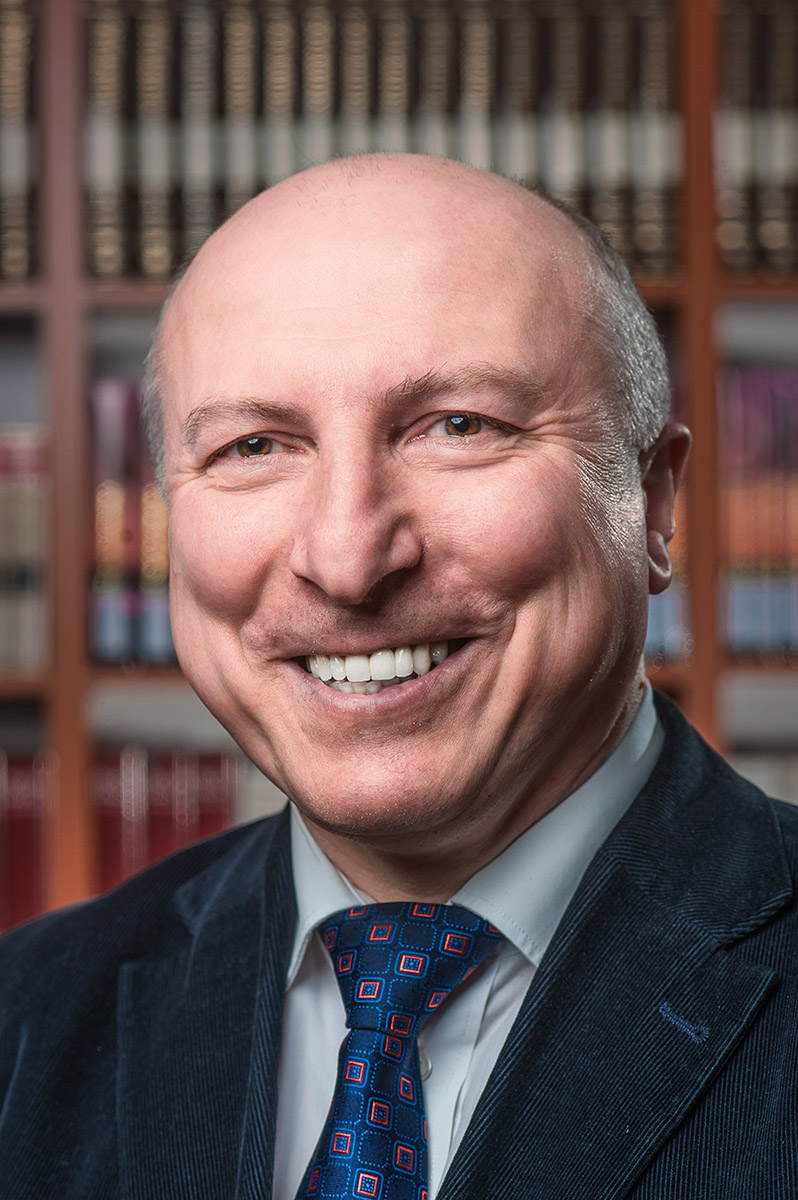 The Ukrainian Catholic University (UCU) in Lviv has been an important cooperation partner for us Austrians in many areas for many years. It is more than just a university, it is also a cultural center and an open meeting… 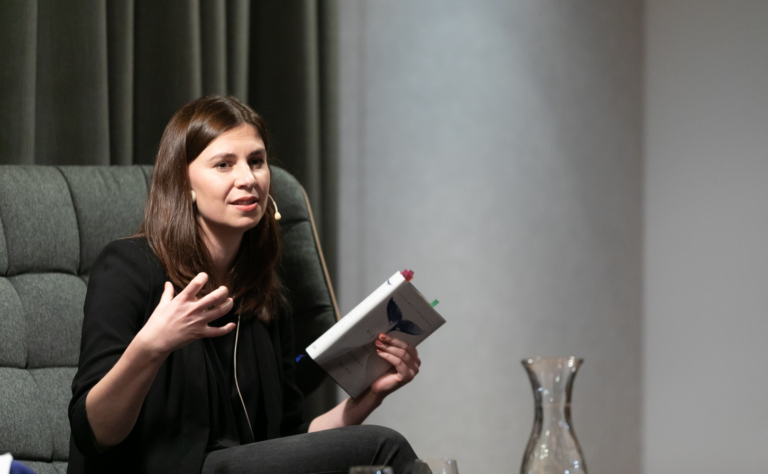 With the author Tanya Malyarchuk we talk about writing, literature awards, national identity and the image of Ukraine in Europe! Cherry on top - right after the interview Tanja Malyartschuk will also read some of her… 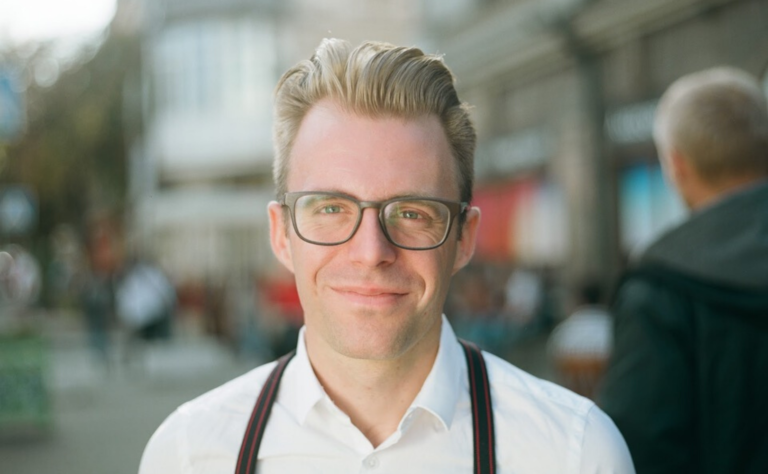 We’ll discuss the EU support for the Ukrainian creative sector and the programme's response to quarantine restrictions. What is more, Christian Diemer will share his own experience of managing such a large project in… 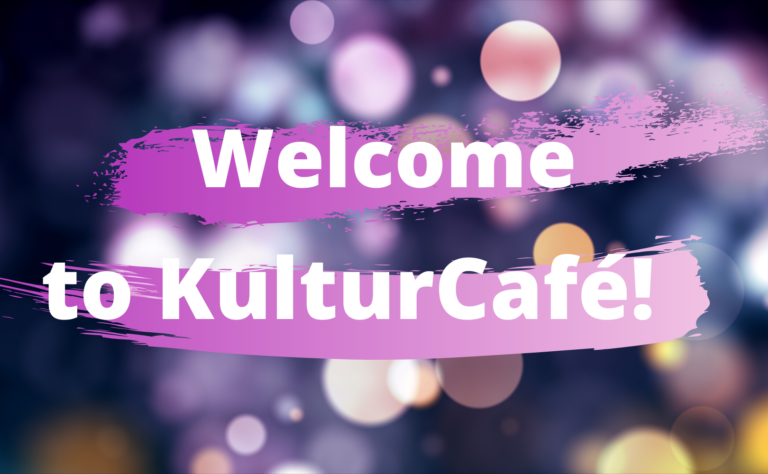 ACF Director Ulf Haubrandt talks about a new online project of the Austrian Cultural Forum Kyiv and the Austrian Cooperation Office in Lviv. From May 21 every Thursday at 19:00. Turn on the subtitles!